Unpacking the Invisible Rucksack of Privilege

“I have come to see white privilege as an invisible package of unearned assets that I can count on cashing in each day, but about which I was “meant” to remain oblivious.”
Peggy McIntosh.

A couple of weeks ago I attended a conference on Inclusion and Diversity at Woodbrooke Quaker Study Centre in Birmingham.  Among an excellent selection of speakers and workshops was the young trans person Sabah Choudrey (@sabahchoudrey).  They (Sabah’s chosen pronoun) introduced me to the concept of the Invisible Rucksack of Privilege as first expressed by Penny McIntosh back in 1989.  McIntosh was at the time just talking about race but the metaphor holds equally true for other forms of privilege.  Sabah asked us all to turn to the person next to us to share what was in our own rucksack. The person next to me was an African man who had lived in the UK for 40 years and was married to a white British woman, and who worked in both the UK and Kenya.

Both of our rucksacks contained a healthy package of education, through which we have access to learning, to the vocabulary and the communication skills required to make ourselves understood, as well as to the status that comes with letters after your name.  We also talked about class.  Although I have done traditionally working class jobs for many years, I would still consider myself middle class. For me being middle class is about education and access to resources, but it is also about feeling safe in the assumption that positions of responsibility are available for me to seek, even if I have not always chosen to seek them.  For him class has meant that he has not suffered the same injustices that other people with his skin colour have suffered although he recognises that in this country he does not enjoy the same privilege as his white skinned wife or his lighter skinned children regardless of other markers of status.

I have always believed that my height is a massive unearned advantage.  Although I have spent over a decade working in areas where women may historically have been patronised, I have rarely suffered the treatment that I have heard of from other women.  It is hard to patronise someone when you have to look up in order to do it.  For him while his skin colour may not always be an advantage in this country, his tribe while in Kenya is a massive advantage so he can see the world from two very different points of view.  The contents of our rucksacks may not have the same value in all situations in which we operate.

So what is the value of unpacking our rucksacks and bringing the contents out into the light of day?  What purpose is served by facing up to our own privilege?

McIntosh makes it clear in the quote above that one of the defining characteristics of privilege is that it is “meant” to remain obscure.  It is this very obliviousness that is its true power.  By not acknowledging our privilege, the status quo remains the default from which all other states differ.  It is just the way it is.

So what should we do about it?  Feel guilty?  Ashamed?  Even though these are ‘unearned’ assets?

No. Guilt and shame serve nobody, they just breed resentment and hostility.  Guilt says ‘I know this is bad but I don’t know what to do about it so I am just going to do nothing.’  Shame says ‘I am frightened that if I acknowledge this to be true then I will lose my privileged position and I don’t want to.’  Both say ‘I am not enjoying these feelings so I am going to blame the person who made me feel them.’  We don’t know where to place our feelings of discomfort so we convince ourselves that there must be good reasons for the advantage we find ourselves with.  We believe stories that one race may be better suited to leadership or that one sex may understand complex jobs with greater financial reward better than the other.  We believe these stories because it is too painful to come face to face with the reality of our privilege and we don’t know where to put the pain. These are understandable responses to the pain and discomfort of seeing the world as it really is.  These are ways of pushing the pain aside and not giving it the light of day.

So before we decide how to move forward, let’s just feel it as pain.  Let’s mourn the fact that we are part of an unjust system in which some find it harder to make their way in life than others simply by virtue of the hand they were dealt at birth.  Let’s all unpack our rucksacks and take a look at the contents and hold ourselves and others with kindness as we examine the contents.  Living in a world of inequality hurts and acknowledging the extent to which we have benefited from that inequality hurts even more.

Once we have faced our own privilege with peace and gentleness, we can move forward in the world from a place of strength and love to do our best to use that privilege to open up the world of work for everybody.  This is not a one-off event to improve the look of our CSR report, this is an ongoing and a daily process to see the world how other people see it, to be aware of our own rucksack and those of the people around us so that we can maybe share the contents a little more fairly. 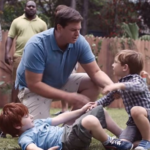 Masculinity and the Gillette Ad

Jenny Tipping runs courses for businesses and for individuals, creating spaces where people can find their voice, and through that their true authenticity and power. 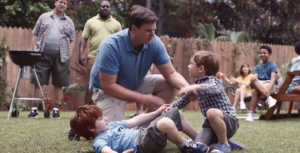 Masculinity and the Gillette Ad

I offer group courses and one-to-one coaching in empathic communication with a particular focus on diversity.

If you are interested in how people in your business can work better together, please get in touch or sign up for my newsletter.